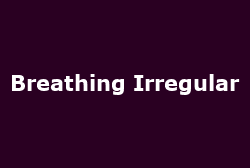 We like a bit of the unusual, here on Allgigs, and we think we have found something right up your street (providing you live in Pembridge Road in West London, otherwise you might have to walk or catch a tube). Carrie Cracknell has created a fascinating contemporary dance-piece called 'Breathing Irregular', based on real-life emergency calls on 999. A woman giving birth alone, a man being resuscitated by his son and other desperate life-saving situations are explored by a cast of four, with choreography from Jane Mason.

Sounds weird? Well, each situation portrayed in the piece has been approved by the individuals originally affected in crisis. It's a curious analysis of how the human condition deals with the most extreme of circumstances. The performances begin on January 28th, running until February 27th and tickets will cost Â£16 (available from tickets.gatetheatre.co.uk).

Carrie Cracknell is an artistic director at the Gate Theatre in Notting Hill and has previously been nominated for a South Bank Show Award for her dance, 'I Am Falling', a work that made it to Sadler's Wells. She is also due to direct another stage-piece, 'Electra', at the Young Vic in May 2010.