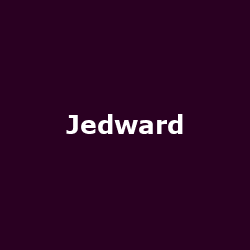 Now extending just past the April mark, the X Factor Live 2010 tour has just been extended at Aberdeen's AECC, with a matinee and evening show added for 7th March, making six dates in total for Aberdeen as they struggle to keep up with demand.

Other new additions include Dublin (back-to-back dates added for 30th and 31st March at the O2, joining the 16th March date), Cardiff, which now has a whopping six dates at the CIA (new date: 23rd March), Glasgow's SECC (the newly-added 4th April date joining the 8th March). Liverpool's Echo Arena gets its first date for the tour - and will (currently) start the tour on 16th February, the Brighton Centre now has back-to-back dates for 27th and (newly-added) 28th March and finally Belfast's Odyssey Arena has a quartet of dates: 18th March joining the 17th March date, with two dates later on: 29th March and 1st April.

Ahead of the 2010 tour, 2009 finalists Jamie Archer, Lucie Jones and Kandy Rain will be appearing in "City" nightclubs in Scotland before the end of the year in Edinburgh and Falkirk, billed as "X-Factor Live at City", with tickets starting at just £8 (£15 for VIP tickets, which give you access to the VIP lounge and party with the stars).

Well, no sooner had we told you about the latest Aberdeen addition, than a whole raft of additions come along - most dates now doubled-up. Check the "Tickets" links below for ticket availability - the new dates have "New" by them... as a hint...