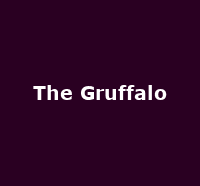 The charming and award-winning children's story-cum-play, 'The Gruffalo' by author and playwright, Julia Donaldson, will appear in three separate productions across three cities in the coming months. The story concerns a mouse walking through the dark woods, encountering several wild animals as he goes. Each animal wants to eat him so he concocts a story about being on his way to meet a friend, the Gruffalo, whose favourite food is the very animal trying to eat him. But how will he fare when he meets the real beast of his imagination. The story crosses over to the stage perfectly with songs, jokes and dancing.

First up is the Apollo Theatre version in London's Shaftesbury Avenue, running from November 25th to January 10th 2010. Tickets for morning matinees start at Â£13.20. This is the 3rd year for the Gruffalo in London but his first visit to the Apollo.

Next there is the Birmingham production by Tall Stories, starting on 23rd December until January 3rd 2010. The Town Hall will host 21 performances (11am or 1.30pm plus an extra 3.30pm show on Sat / Sun - no Fri shows), tickets cost Â£10.50. In addition to the play, the Town Hall will be holding a fun-filled Great Gruffalo GRRRR Day on Saturday January 2nd which is free to ticket-holders for performances on that day.

Finally, after a few months hibernation, the Gruffalo returns for a stint at Manchester's Lowry on April 6th to 8th with tickets costing Â£11.