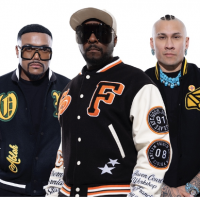 The double album features forty two tracks and is released on Monday 30th November - just in time for Christmas.

Sounds great, eh? OK, we have have five copies to give away which you can enter via facebook or through our online form.

Perhaps the easiest way to enter the competition is via Facebook (provided you are a Facebook user, that is), all you need to do is pop along to our Facebook page (www.facebook.com/allgigs), become a fan - if not already, and comment "I'm in" on the "Floorfillers 2010 Competition" on our "Notes" tab - et voila!

If you're not a Facebook user, you can enter by clicking the "Enter Competition" button, at the bottom of this article. You will be required to enter your email and address (so that we can send the album to you if you win!)

The competition is a prize draw, with the winner chosen at random, and closes at midnight on Monday 30th November - good luck!