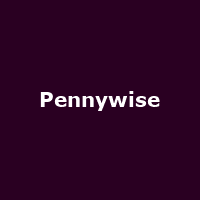 Hardcore punk-core band of 20 years, Pennywise, have announced a handful of UK dates for 2010. This will be a rare appearance that may well mark the unveiling of a permanent new vocalist following original member, Jim Lindberg's decision to up sticks. Currently, Ignite's singer, Zoli Teglas, is covering the mic on a temporary basis during US dates prior to any 2010 gigs.

The dates for their UK appearances are May 11th (Bristol O2 Academy), the 12th (Leeds Academy), the 15th (Birmingham O2 Academy) and finally the Shepherd's Bush Empire in West London on the 16th. Tickets will cost Â£20 (Â£21.50 for London) and are on sale now.

Pennywise formed in Hermosa, California during 1988. Their debut album appeared in 1990 on Epitaph Records, a US label at the very forefront of post-grunge music and bands including Bad Religion (who started the label), Offspring and Rancid, who also piled up steep sales and much acclaim. Their intense performance has become legendary on the US Vans Warped Tours. Tickets will fly out.