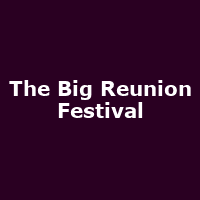 With the summer festival season now a distant memory (until next year) and the The Big Reunion 2009 Festival just kicking-off its 3-fold run (20th-21st Nov, 27th-28th Nov, 4th-5th Dec), take note of the Atomik Weekender 2010, the third episode of which (after two successful stints, in June'07 and earlier this month) will take place next March.

In the surroundings of Pontin's Prestatyn Sands Holiday Park, Denbighshire, the three-day weekend party will be hosted from Friday 5th March to Monday 8th March 2010, all-fueled by a Dance-a-gogo soundtrack, courtesy of DJs such as Tidy Boys, Lisa Lashes, Zany, Dana, Alex Kidd, Lab 4 Live, Kutski, Mark EG and Rob Tissera. More names re soon to be added to this tasty menu, so be prepared for a sonic (and wisely ethylic) bender!

Have fun and spare a thought to Weekender-in-chief, Liam Maher (gone too soon)...