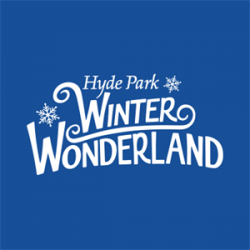 Come on kids - it's time to get your blades out. No I'm not talking about attending a cooking class or an innocent bit of playground beefing, I'm talking about ice-blades because it is officially skating season in the capital. It's cheap, it's fun and it's a great community-spirited thing, partly because most of us are crap at standing up on boots with steel supports on the soles no more than 5 or 6 mm across. On frozen water. But it is also a lovely way to meet people (you spend most of the time hugging people you have never met before and helping them, or yourself, back up from the ice).

London has some great places to skate as the phenomenon of street-skating continues to rise. Here are the biggest and most unusual spots to practice your 'triple salchows' and 'double axels'. AllGigs accepts no responsibility for failing to impress anyone with the above moves!

Situated on the North bank of the Thames, Somerset House is as grand as it gets so whizzing round like Torville & Dean should be a doddle. Tickets cost £10.50 for 1 hour's worth of time on the rink. The venue also has some special DJ nights including Sat 21 Nov/Fri 27 Nov (Ministry Of Sound), Sat 5 Dec (Horse Meat Disco) and Fri 8 Jan (Bollywood Night). On these special DJ nights, tickets cost £15 for any 1 hr session from 8pm onwards. Click on the links for full details of other DJ nights. The rink's last night is January 24th 2010.

Billed as 'Ice at the Palace' and 'Ice at the Tower', outdoor skating gets royally represented at these two venues. Hampton Court is kind of replacing the Kew Gardens rink this year but it's no less impressive. It's an easy-peasy place to get to from London's Waterloo and Surbiton by rail (the traffic here is abominable), or by using your feet through Bushy Park or along the Thames. Of course you might not want to use them heading back - so take the bus or the train. Simples. £8 for tickets. Bargain. The Tower Of London, near Tower Hill tube, costs the same and is another amazing and historical venue. It's also very Central and accessible from East London.

Another historical venue resides in South Ken. It's full of dainty relics so why not amble around the exhibits before having a session on the rink outside? Tickets for the ice spectacular are £11.50 for an hour. You could certainly make a day of it in South Kensington - the V&A is a hobble away so you could make it a cultural family day-out.

As well as these fabulous places, there are other rinks erected at Wembley Stadium, Canary Wharf and the Hyde Park 'Winter Wonderland' attraction. Just check the drop down choice above. All venues have skate hire, cafes and other attractions. Just a tip - an hour might not sound very long for the money but it IS very tiring on the calves and bum. Trust me. Been there, skated that, nursed it later. But it is a lot of laughs.