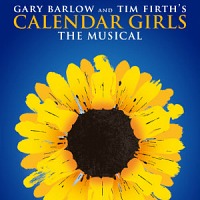 The Lowry theatre and arts centre in Salford Quays is marking its tenth anniversary with a typically eclectic season of productions.

The New Year kicks off with Stephen Mallatratt's adaptation of Susan Hill's best selling novel The Woman in Black. Running from Monday 18 to Saturday 23 January, the acclaimed spine-chiller promises an evening of unremitting drama as the audience is transported into a terrifying and ghostly world.

From spine-chillers to floor-fillers, February sees one of the most acclaimed choreographers working in Britain today, Akram Khan bringing together dancers from the National Ballet of China and music from Nitin Sawhney with a one-off performance of Bahok on Thursday 4 February.

Meanwhile, Opera della Luna will be on more traditional ground (with considerably less nudity one imagines) with their production of Johann Strauss' Die Fledermaus for five nights from Monday 15 February. High brow bragging rights will be decided just a fortnight later as Matthew Bourne's Swan Lake completes a six-night run from Monday 1 to Saturday 6 March.

And if that still isn't enough, Monday 8 March sees the first of three dates from Traces [Les 7 Doigts de la Main]. That's 'The 7 Fingers', by the way (oh, you knew that).

Traces is a 'high-energy, dazzling display of urban acrobatics, which combines traditional circus skills with basketball, skateboarding, a mix of street and contemporary dance, traditional theatre, humour and amazing audio visual effects'. Just reading that makes me want a lie-down (and maybe a biscuit and a cup of tea).

The Lowry is a distinctive and established fixture in the UK's cultural calendar and the new season looks to be as rich and varied as any anywhere.