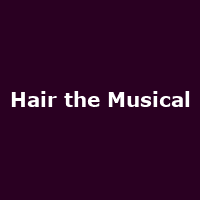 "Let The Sunshine In" - I've just been thinking about that concept and I must admit to having a bit of a struggle with finding any sunshine this year, let alone giving it a spot-lit patch on my lounge carpet. But I can remember the memorable song of the same name from the hugely successful musical, "Hair", and you will too with the announcement of a new production of the peace, love and freedom song and dance spectacular, moving to London's Gielgud Theatre in 2010. But this is not just any old 'new' production, nor is it an M&S one - it is the current Broadway production, shifting the same sets, songs and, get this bit, performers over to the land of tea drinkers and 2am street-fights. A landmark move and the first time ever....etc etc...oh and the production won a Tony as well.

The residency will commence on April 1st 2010 for special preview performances before the real run kicks off on the 14th. Tickets go on sale at 9am on Friday 20th November and start at Â£17.50 up to Â£65.

"Hair" is a joyful musical show with an underlying message - that love, peace and harmony should prevail, particularly during wartime (the Vietnam one in this case). Written by James Rado and Gerome Ragni in 1967, the show features many famous songs of an almost gospel nature such as "Aquarius", "Sunshine" and "Good Morning Starshine". Cameron Mackintosh, who worked on the original 1968 production in London, is now responsible for bringing it back in 2010. Tickets will sell fast!