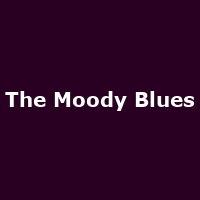 "Nights in White Satin", "Go Now" and "Question" are The Moody Blues' biggest single hits to date, along with a rack of hit albums including three number ones. The band have been recording since 1964 but show no signs of jacking it in - and yes folks, they are back on tour in 2010.

Justin Hayward, John Lodge and Graeme Edge (no relation to U2's The) will play the hits and more during September next year, starting in Brighton on Sept 7th and continuing to Plymouth (8th) then 11 more cities before finishing in London at the O2 Arena on the 24th. Tickets go on sale at 9am on Friday 20th November priced at Â£37.50 (London Â£45).

Although the band haven't recorded a new album since 2003 (the Christmas-flavoured, "December"), their legacy of nine top 40 singles and seventeen top 40 albums lives on with new generations and a loyal audience alike. Their style has been likened to 'progressive-blues' but it's their dramatic ballads like "Nights In White Satin" that have continued to 'pull 'em in'. Tickets will sell fast!