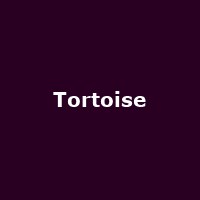 Y'know, the Royal Festival Hall has hosted some mercurial gigs over the years from artists doing rare one-off performances. Artists that, on paper, you thought you would never see again - David Byrne & Brian Eno held hands on stage earlier this year, Yellow Magic Orchestra played as part of 2008's Meltdown and The Woodentops played last month (and I bloody missed 'em). Now there is another real draw for this fabulous venue coming up on November 22nd (Sunday).

Cluster and Tortoise couldn't be further apart when it comes to age-groups and social background. Cluster formed in 1969 (as Kluster) with original members Hans-Joachim Roedelius and Dieter Moebius outlasting Conrad Schnitzler and sweeping a certain Conny Plank up along the way instead. Their music evolved from atonal synthesized soundscapes best compared to Tangerine Dream, through to bleep-tones and resonant ambience a la just about everything that Warp Records and Sky Records released between 1978 and 1998. Influencing bands such as Ultravox (Plank produced much of their work with John Foxx), Mouse On Mars and The Orb, the trio went on to work with Brian Eno for a few albums (collected together on the awesome 'On Land') during the mid to late 70s before losing Plank to production projects. They have recently released their first album for a decade called 'Qua'. Their continued influence has inadvertently fired electronica into the 21st century as more and more artists pick up on their Phillips and Sky output.

I mentioned Warp Records earlier - step forward Chicago's Tortoise, who cracked off a long-player ('Standards') for the Sheffield label in 2001 as well as a handful of jazz-electronica albums for US-based Thrill Jockey, one of which hinted at their eventual stage-sharing for this night - it was called 'Rhythms, Resolutions and Clusters'. Their sound is an amalgam of dub, electronic, ambient, jazz and the much-derided term, Post-rock. This sound is prevalent on 'Standards', 'TNT' and the 2009 album, 'Beacons of Ancestors'. No doubt, then, that they were inspired by Cluster to make music as well.

So, imagine the two bands actually playing music together for the first, and possibly ONLY time, in the UK and you have a special night I reckon. Each band will play a set on their own before converging for a closing collaboration. This is a hot date and forms part of the London Jazz Festival - just don't expect a lot of jazz! Tickets cost Â£17.50 plus fee.