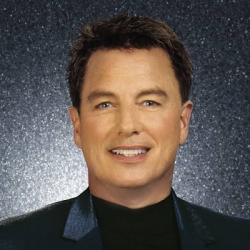 Originally set to run until 9th January at the Playhouse Theatre in the West End, the curtain will now fall for the last time on the current production on 2nd January.

The multi award-winning run started at the hotbed of UK theatre: The Menier Chocolate factory in 2007, transferring to the West End in October 2008. In its time, it has starred Roger Allam, Graham Norton and (currently) Torchwood actor John Barrowman (Albin), alongside Simon Burke in the role of Georges. John Barrowman play the role of Albin until 28th November, after which Douglas Hodge - who played the role of Albin/ ZaZa in the Menier and West End debuts - will reprise the role for the last few dates in the West End.

So, what happens after the final curtain? Well, in contrast to most of our depressing "another one bites the dust" announcements and in a bit of a role-reversal, the run heads to Broadway for a 2010 stint!

Until then, tickets are available for the current Playhouse Theatre run, priced from £39.50 to £54 + booking fee. Prediction: following this announcement, tickets are going to fly!