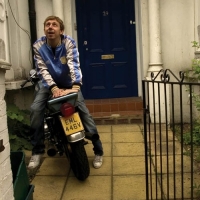 Next week, Ã¼ber-cool purveyor of all things contemporary and latin, Gilles Peterson launches his latest disk 'Havana Cultura' - a foray into the world of Cuba's Latin, Afro-Jazz and Hip Hop fusion scene.

If you fancy a bit of ass-shaking, get yourself down to 29 New Yard Inn in East London on 20th November, where Gilles will be spinning the disks, whilst the 9-piece Havana Cultura Band will provide the live groove along with Cuban rap mainstays Ogguere and singer Danay. More DJ action will be provided in the shape of London's Sofrito crew.

The night kicks-off at 8PM, with (limited) tickets costing Â£12 + booking fee. Check the "Tickets" link below for availability.