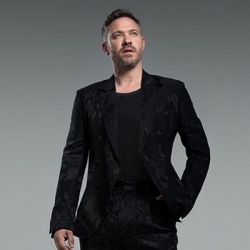 While the scene overflows with hype-undeserving acts, whom we won't name [because we're cool like that], Bristol combo, Phantom Limb, make a most welcome exception to this painful trend. Enhanced with first-class vocalist Yolanda Quartey, this country/ soul outfit formed five years ago and has since earned accolades by the likes of fellow Bristolian Daddy G of Massive Attack and Will Young, who has just taken them on as his support act for his forthcoming November/December tour.

Just so you know who you're dealing with, Phantom Limb cite as their influences Led Zeppelin, Aretha Franklin, The Stones, Etta James and Neil Young, among other great likes.

December will see them headline a few shows of their own, notably at Ruby Lounge in Manchester on the 8th, with stopovers in Glasgow (9th), Newcastle (10th), Birmingham (13th), Brighton (14th), London at the Bush Hall (15th), Reading (16th) and Newbury (17th), only to call it a day in their hometown of Bristol on the 18th.

Fate prevailing, Phantom Limb have just reissued their 2008 eponymous debut, and have a new double studio/live album in the works. Until then, their new single 'Draw The Line' is out now.

Tickets for their December tour all cost under a tenner Harmless to the pocket indeed!