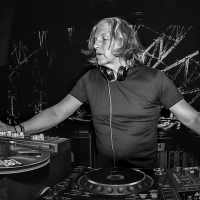 The Manchester club scene has been well-documented before, what with Peter Hook's recent Hacienda expose and Dave Haslam's excellent "Wheels Of Steel" biography plus the numerous Hacienda albums. But the men behind the music and in the booths have taken longer to gain the recognition. People like Jon DeSilva, Graeame Park and Mike Pickering became the DJ icons of their day but one man who still commands respect from his audience young and older. You can catch the man in action at the Sankey's Hacienda Classics Party on Dec 4th [tickets: £12 + booking fee - on sale now - Ed]. But if you can't get a ticket for that (they must be flying out) then good news abounds....

Wilson has previously released compilations of his cut 'n' paste edits and remixes before but the best of the bunch was "Credit To The Edit" released in 2005. It showed just how far-ahead of his time he was in the mid 80s with mash-ups and splices that frankly piss all over the recent wave of merging 2 unrelated tunes together. Volume 1 featured Rocker's Revenge, Raw DMX, Yello and his legendary re-fix of Scritti Politti's "Absolute" and "Wood Beez" tunes. His other masterpiece was the simple marriage of New Order's "Confusion" and Rocker's Revenge's "Walking On Sunshine".

Now it's time for Volume 2 and what a little belter it looks. Tirk Records have the reigns again - a fitting label since they also release club classics from back in the day. This new CD features the usual Wilson anthems such as A Guy Called Gerald's "Voodoo Ray" and Roxy Music's "Love Is The Drug" alongside less obvious bangers like "Lady T" by Crazy P and OMD (Messages 10"). Duffy's "Mercy" gets the retro splicing treatment to round off the album. A party in a jewel case full of jewels. Release date Nov 23rd.