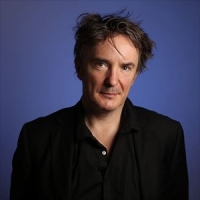 Now almost half way through his Apollo Theatre residency, multi award-winning Irish comedian Dylan Moran brought his 'What It Is' tour to the West End for no less than thirty six dates, starting on 26th October.

The show was toured throughout the UK at the tail-end of last year, and features Dylan's trademark unpredictable, bizarre, sometimes cruel, but always funny observations and humour. For a limited period (Tuesday 10th until Thursday 19th November), we are able to offer you top tickets for just Â£20 (usually Â£35). The offer is for Monday to Thursday performances only. Standard Tickets for the West End dates start at Â£25 for balcony tickets, rising to Â£35 for stalls/ dress circle seats. Dylan's West End residency comes to an end on Saturday 5th December.

A 'What it is' DVD is expected to be released at the end of the year.

Click on the "Book This Offer" button to check for ticket availability for the offer, or below on the "Tickets" button for other dates.