Fionn Regan Brings the Shadow of an Empire to the Nation 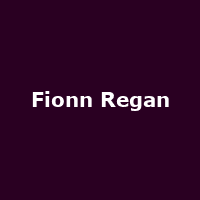 Critically-acclaimed singer songwriter, Fionn Regan, brings his new album to the stage across the UK over the next few days and also one special London date next year.

If you are not too familiar with this Irish singer-songwriter then read on.....

Hailing from County Wicklow, he first released graceful acoustic EPs via Anvil records before hooking up with Bella Union, the label set up by Cocteau Twin Simon Raymonde. His colourful style suited the label and spawned several acclaimed releases including his debut "The End Of History" (Mercury-nominated) and subsequent EPs "Campaign Button" and "Be Good Or Be Gone". The latter song appeared in the hit TV series "Grey's Anatomy" and youth drama, "Skins".

Now he has signed to Heavenly Recordings and ready for some big action. It will come - his 2nd album promises much, employing more of a band feel than before. The single "Protection Racket" has been critically acclaimed since its release in October.

His current tour takes in Manchester's Deaf Institute (Nov 10th), London's Luminaire (10th), Cardiff's excellent Clwb Ifor Bach (13th) and the basement London Social (16th). But next year Regan plays the bigger ULU in London on Feb 24th. It's a date you need to attend - this is a man on a mission.

Tickets cost Â£10 for the ULU! His other tour dates in Nov are Â£8 (although his Luminaire date is doors only). Catch him while he's hot!