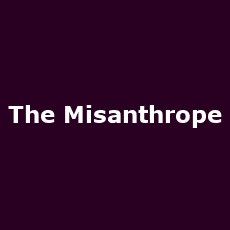 A cracking cast line-up greets the ticket purchasers for the Comedy Theatre's new production opening in December. "The Misanthrope" stars Damien Lewis, Tara Fitzgerald, Keira Knightley and Dominic Rowan and was written by French playwright Moliere in the 17th century. It is a comedy and remains one of his most popular works and like many other farces of the time, the plot satirizes the state of society and all its ills.

Damien Lewis (Band of Brothers, Life) plays the lead role (Alceste), a playwright who detests society and the vanity of its citizens both at home in Paris and his new London environs. Keira Knightley (Atonement, Pirates of the Caribbean and Pride & Prejudice) plays Jennifer, the American socialite who deters Alceste from rejecting society altogether. The play also stars Tara Fitzgerald (Brassed Off, Jane Eyre and Camomile Lawn) and Dominic Rowan (Trial & Retribution, As You Like It and Hearts And Bones).

The play begins on Monday 7th December and continues until Saturday 13th March 2010. Tickets start at Â£20 up to Â£49 with special Premium tickets also available along with Celebration packages also on offer with exclusive private seats and champers - all prices plus booking fee.

Ahead of the West End production, the White Bear Theatre in Kennington, South East London host the Black and White Theatre Company's contemporary adaptation of the play, this one translated by Tony Harrison, being brought up-to-date in this age of celebrity-worship. The White Bear run starts on Tuesday 10th November, running until Sunday 22nd November and is due to transfer to Trafalgar Studios in February 2010. Tickets cost Â£10 - Â£12 + booking fee and are on sale now.