Hallelujah! Here Come the Happy Mondays to Play for a Worthy Cause, Dec 2009 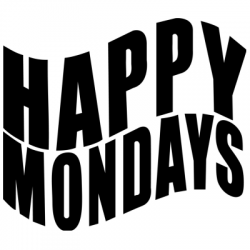 Everyone's favourite dysfunctional uncles (sic), The Happy Mondays are back for two very special gigs during December. By then they will have returned from their US tour (with the Psychedelic Furs) and be ready for a bit of a party, people.

The first date is December 12th and in aid of 'Versus Cancer', a charity which helps provide cancer treatment for local residents in the Manchester region. The concert takes place at the MEN Arena in Central Manchester and all money raised will go to further events and gigs to raise awareness for the cause and research. Tickets cost £32.50 - on sale now.

Other performers at the show include Snow Patrol, James (three of them), Andy Rourke (ex-Smiths man who helped set up the charity) and Peter Hook. Other names are to be announced. It's a great cause whether you live in the area or not - just remember the situation Tony Wilson found himself in prior to his death when he couldn't get treatment for prostate cancer. We need people like Versus Cancer.

Shaun and the boys then continue to a New Years Eve concert in Liverpool at the O2 Academy. Support will be announced soon. Meanwhile tickets cost £27.50 and will go on sale on Monday 9th November at 9am.