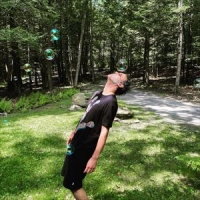 Putney's abstract son of electronic has just announced a swathe of live appearances and a new album, his first for four years.

Four Tet, aka Kieran Hebden, aka former Fridge-member, aka post-rock pioneer, will play a pile of dates in the new year to promote his next album, "There Is Love In You".

The album is released on 25th January and features the recently released single (12" and download), "Love Cry" which signifies a further advancement of the glitch-specialist's sound. After all, Hebden has chalked up a pretty powerful roster since 1999 and the release of his debut set, "Dialogue" on Output. He later signed up with Domino who have released his entire output (except the Warp album-set, "Everything Ecstatic"). Four-Tet has also remixed plenty of artists such as Aphex Twin, Burial, Bloc Party and Battles.

The dates begin on Feb 12th at the Dome in London and continue during March at the Manchester Club Academy (March 11th) before covering major cities and ending in Bristol (Fiddlers 20th). Tickets cost Â£11 upwards + booking fee - on sale now.