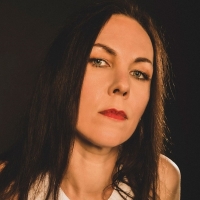 British singer-songwriter Thea Gilmore will be releasing her new album, 'Strange Communion' on 23rd November 2009, ahead of her UK tour throughout November and December. 'Strange Communion' is a Christmas album which references the poetry of T. S. Eliot and Louis MacNiece, and includes cover versions of obscure songs by Elvis Costello and Yoko Ono.

The album will precede the single, 'That'll Be Christmas', released 7th December.

The Oxford-born singer-songwriter has been making intensely personal, socially aware music to considerable praise since she was a teenager, and has racked up sales, acclaim and admiration from peers such as Bruce Springsteen, Joan Baez and Martha Wainwright, to name but a few. The Independent regards Thea as "the best wordsmith of her generation", and Uncut labeled her "the best British singer/songwriter of the last ten years - and then some."

'Strange Communion' is a stirring, emotive journey, by turns joyful, celebratory and sceptical; it delves into the heart of the festive season and reflects on its institutions and contradictions. Gilmore finds lyrical inspiration in ancient folklore as much as she does in popular culture, and the album is interspersed with references to the likes of The Sound of Music in 'That'll be Christmas', to poetry from Louis MacNeice's Autumn Journal, in 'Book Of Christmas' and from T.S Eliot's iconic poem about the nativity, Journey Of The Magi, in 'Cold Coming'.

Whilst opening track 'Sol Invictus', is an invocation to a pagan sun god, and a collaboration with the award-winning Sense Of Sound Choir, 'The St Stephens Day Murders' is a cover of an Elvis Costello track, and surely the most unlikely duet of the year with Radio 2's Mark Radcliffe.

Another remarkable cover is 'Listen, the Snow is Falling'; originally a Yoko Ono song which first appeared as a B-Side on a John Lennon single.

Tying the album together is Thea's crystalline voice and famously dazzling lyrics. 'Strange Communion' is not an average snow-and-sleigh-bells offering; it treads ground that so many other seasonal albums don't, and is set to be the soundtrack to many people's festive season.