Roundhouse Round-up For 2010 New Year Programme - Get With the Reverb! 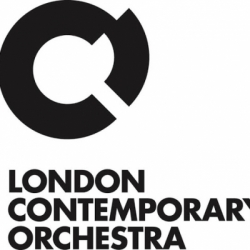 Camden's glorious venue, the Roundhouse, has announced a welter of talented artists due to perform at the venue in January, as part of a short season. Titled 'Reverb', the iconic performance-house will play host to an intriguing clutch of stars and soon-to-be-stars for a 10 day period in the dark days of Winter. Glumness is not allowed in Chalk Farm - it's official....read on.

Friday Jan 22nd kicks off with a "Roots At The Roundhouse" festival designed to melt the snow and warm the heart, plus it will act as a showcase for the fRoots magazine's 30th birthday. Expected to appear? Oh, Billy Bragg, Jim Moray, The Oyster Band, June Tabor and Martin Simpson - y'know, only the very best in British folk roots talent. (£20 - £28). Bargain.

Jan 23rd, with 2 huge separate performances in one evening, sees pianist and musical director, Joanna MacGregor, take the Britten Sinfonia through their worldly paces with works by ECM composer Egberto Gismonti, Argentine bandoneon composer Astor Piazolla and her own stamp on the English songsmith, John Dowland. (£15 - £30)

Afterwards on the same night, as part of a separate concert, the London Contemporary Orchestra take the reins with first-time orchestrations of works by Geir Jenssen (tech-ambient band Biosphere), the cyclical landmark by Steve Reich "Different Trains" and also a piece by John Cage. The real pull here is "Shhoctavoski" by Biosphere - a Norwegian act who released a brace of landmark albums on Belgian tech-electro label, R&S, in the 90's. - This is the premiere of this new work. (£8 - £15)

Steve Reich and Philip Glass feature alongside original music by Nico Muhly for his one-night residency on Jan 24th. He has written music for Bjork and Sigur Ros as well as rootsist Sam Amidon. It's a packed night with the Britten Sinfonia in tow. (£15 - £30)

The Unthank sisters, Rebecca and Becky, feature alongside Portishead's Adrian Utley and Goldfrapp's Charlie Jones for the 'Beggar's Opera:Reborn" reinterpretation on January 25th. This is a bang-up-to-date rework of a treasured Handel/Purcell controversy-filled folk-opera. Don't miss it.

Zic Zazou occupies 3 nights from Jan 26th to 28th with his outstanding Edinburgh Fringe hit, "The Mechanicians", a performance (shown on BBC's Culture Show) that includes everyday objects being pummelled, stroked and walloped for your entertainment. It's noisy, it's funny and it's total nonsense - just right for the whole family. Don't try this at home - watch it here instead! (£17.50 - £25)

Oh and if that isn't enough - ex-Factory Records classicist, Rolf Hind, curates a final day of pianos, pianos and more pianos with the talented Labeque sisters plus other ivory luminaries throughout the day. (Most are free except the evening Labeque performance, £12.50 - £20).