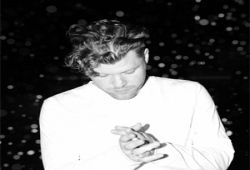 Written by Daniel Merriweather and produced by Mark Ronson, the magnetic chemistry between Daniel and Adele is portrayed beautifully on their nape prickling duet, which has the potential to rank among the great male and female duets.

Meanwhile, 'Red', the anthemic follow-up single to his smash hit 'Change', was a top 3 airplay hit, entered the chart at No. 5 where it stayed for over four weeks, and has now sold over 300,000 copies.

Daniel Merriweather recently finished a successful seven date UK tour which followed up his festival sets at Wireless, Oxegen and T in the Park this summer.