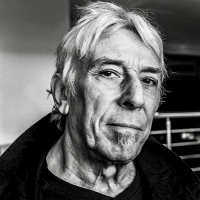 Perennial troubadour from the valleys, John Cale, returns to his home-land with a very special one-off gig at the Cardiff Coal Exchange on November 21st. The gig will feature a complete rendition of his landmark "Paris 1919" album and represents the first and only rendition of this work in the UK (well, certainly for this year anyway). He brings with him his LA-based backing band and tickets are priced Â£22.50.

"Paris 1919" was released in 1973 and features classic tracks like "Antartica Starts Here", "Andalucia" and "Macbeth". It is deemed to be his most accessible straight-rock album and originally featured members of Little Feat in the recording sessions. Of course, Cale is probably even more famous for founding the classic art-rock group Velvet Underground with Lou Reed in 1965 and recording some of the most evocative and provocative music of the 20th century. "The Velvet Underground And Nico" often finds its way into critics Top 100 albums with great songs such as "Sunday Morning", "Waiting For The Man" and "Venus In Furs".

The band recorded a handful of albums before disbanding in 1973 yet Cale has probably had the most intense and varied love affair with music since their demise, certainly when compared to Lou Reed. "Paris 1919" was actually his 4th solo album proper but his last for Reprise, opting to sign for Island Records in 1974, leading to an eventual recording relationship with ambient-creator, producer and Roxy pioneer, Brian Eno. They later collaborated (at loggerheads it seems) on the Land Records album "Wrong Way Up", a true return to form with "Lay My Love" being used on the hit TV Drama of the age, "Northern Exposure".

Cale later found his feet as a producer, parking his engineering toes under the tables of Squeeze, Nico (a reunion of sorts), Siouxsie and the Banshees and, curiously yet successfully, Happy Mondays (on their debut and best album, "Squirrel And G-man"). Nowadays he collaborates on and produces new bands such as The Shortwave Set, LCD Soundsystem and Ambulance Ltd. He still plays viola of course and continues to drive his beloved native Welsh language forward with his art. Hence this gig. Tickets will fly out, so be quick.