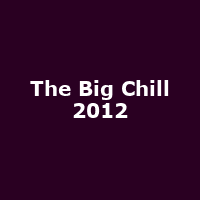 Bought earlier in the year by Festival Republic, the Big Chill brand has already begun flexing its muscles ahead of next year's event.

The Big Chill 2010 will take place between 5th and 8th August at its now familiar home of Eastnor Castle near Ledbury, Herefordshire. 2009 saw performances from Basement Jaxx, Orbital and David Byrne.

Having welcomed Festival Republic's interest with open arms after a difficult 2009, The Big Chill knows what it means to be a little short of cash during these more trying times and so are offering punters early booking discounts on the tickets.

On sale now, earlybird ticket options are available now for the whole weekend or just Sunday, with a deposit-only option for adult and student tickets. The deposit allows people to split the payments into four equal amounts over the next four months or festival-goers can opt to pay the whole balance by 31 May 2010.

Earlybird tickets cost Â£145 for the whole weekend for adult tickets (Â£110 for students, Â£60 for 13-17 yr olds) and Â£70 for adult Sunday tickets. The early bird tickets are available up to and including Dec 31st, after which the price will increase to the 2010 level.