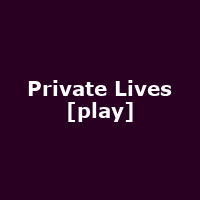 No sooner has the new production of "Little Voice" settled into the Vaudeville than a new production gets announced.....and an interesting one it promises to be. Noel Coward's scandalous comedy of manners, "Private Lives", starts a 2 month run at the theatre starting on February 24th 2010 and due to end on 1st May.

The production will be directed by Richard Eyre (award-winner for his work on 'Guys And Dolls', King Lear and Hedda Gabler) and stars 'Sex & The City' temptress and stage-star, Kim Cattrall, and 'Mr Darcy' from the 2005 film, 'Pride & Prejudice', Matthew Macfadyen. Cattrall has many more facets than slipping her dress off and hood-winking men for her parts (did that sound right?) - she has previously appeared at the Donmar in 'The Cryptogram' and is due to appear in the Roman Polanski thriller, 'The Ghost'. Macfadyen has appeared in TV's 'Spooks' and will feature in the new Ridley Scott epic, 'Robin Hood'.

So what's it all about? "Private Lives" follows the lives of two divorcees who re-marry and opt to honeymoon at the same hotel, in neighbouring bedrooms in the South of France. Not surprisingly, all the passion and lust returns and overwhelms the pair once again. It's enough to raise the proverbial eyebrows, I'm telling you!