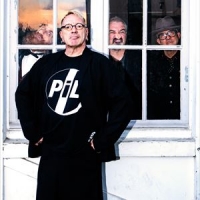 The newly added date is on 23rd December, and is joined by a recently-moved date for the day before - previously running at the Brixton Academy, the 22nd December date has now migrated across the Thames to the Electric Ballroom.

The December tour is PiL's first in seventeen years and will see the band celebrating the 30th anniversary of their November 1979 album 'Metal Box', which was initially released as 3 12"s, the cover for which was a tin. 'Metal Box' was PiL's second album and is featured in many 'top albums' lists, including Pitchfork's 'top 100 albums of the 80s'.

As well as songs from Metal Box, fans can expect singles such as 'Public Image', 'Death Disco' and 'This Is Not A Love Song', to 'Rise', 'Seattle' and some surprises, with the vibe of the shows expected to echo their debut Christmas and Boxing Day gigs at The London Rainbow Theatre in 1978.

The line-up for December of the ever-evolving band, will feature The Damned's guitarist Lu Edmons, Bruce Smith from the Slits on drums, Scott Firth on bass and of course John Lydon on vocals.

The tour kicks-off at the Birmingham Academy on 15th December, finishing in London with a trio of dates from 21st December. Tickets are on sale now, costing Â£39.50 for all London dates, Â£36 for the rest (+booking fee).