This Much Is True - based on the Jean Charles de Menezes shooting, opens 28th Oct 2009 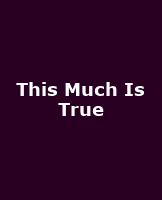 On 22 July 2005, the Metropolitan Police shot dead innocent Brazilian electrician Jean Charles de Menezes in front of rush hour commuters at Stockwell. It was a defining moment in the so-called war on terror and in London's history.

Oscar-nominated writer and director Paul Unwin has collaborated with Sarah Beck to write a play billed as a shocking insight into what really happened. Supported by personal accounts from those who knew Jean Charles de Menezes best, as well as senior police officers, 'Justice4Jean' campaigners, lawyers and eye-witnesses, This Much Is True reveals much that has never been said publicly before.

Such incidents so frequently write large the fragility of existence in a modern city that already bears the scars of terrorism. Jean Charles de Menezes' sad death is not simply another casualty of the 'war on terror' but a tragic reminder of the human cost.

This Much Is True opens tomorrow.