Clubbing: Halloween 2009 in the London clubs 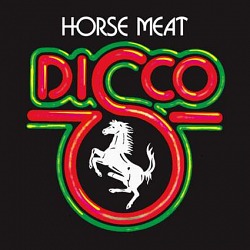 We've already written a little about some of the Halloween events going on around the country - some of them on the day itself, 31st October, others beforehand. Now we're going to focus on the London club scene for the Sat 31st October.

First up is Guilty Pleasures Halloween Party 'Nightmare on Camden High Street' in Camden's uber -cool KOKO, with resident DJ Sean 'Frankenstein' Rowley being joined by Prince 'Demon' Nelly, Anna 'Dracula's Bride' Greenwood, and SbandXXX busting the dance moves. Tickets cost £16 and you must be aged over 21 to get in on the night. Tickets cost £16.

Psybient band Shpongle are in town on the night at the Roundhouse, with providing support. After the gig an after-party is planned at a secret warehouse on the night, featuring Juno Reactor, Eat Static, Banco De Gaia, Tristan, Max Etnica and many more. Tickets cost £26 for the Roundhouse date and £21.50 for the after-party. The night is the second of a double-header, with the band in town the night before - also complete with warehouse after-party.

Staying at a secret warehouse in London, but presumably not the same one, the Mulletover Halloween Fancy Dress Party will feature Horse Meat Disco, Lee Burridge, Meat, Simon Baker, Geddes and many more. Tickets cost £20.