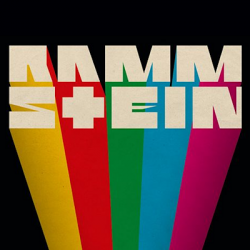 15 Years old and still going strong, as well as being a bit partial to making a joyous noise of crunch and guts onstage, Rammstein are set to play 3 UK dates next year in the midst of renewed interest and controversy caused by their brand new album "Liebe Ist Fur Alle Da"

The dates are in Manchester (MEN Arena - £40) on February 2nd 2010, Birmingham (NEC - £40) on the 3rd and Wembley (Arena - sold out) on the 4th. There are seated tickets left in Manchester and Birmingham while Wembley may have more tickets available soon.

The new album has certainly NOT copped-out at any cost. New single, subtly titled "Pussy" is not about the RSPCA but more an excuse for the band to indulge in a good bit of full-on hardcore spanky-panky with butt-naked models. It doesn't feature any cats, trust me. Yeah, Rammstein are back and it's all naked and good. Expect pyrotechnics and a lot of leather at their gigs.