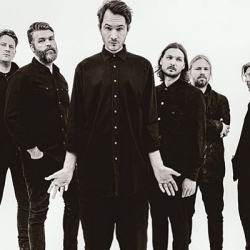 Hot on the heels of their recent release of their 3rd successful album, Editors are primed and ready for a tour next year and have announced several dates to satisfy the fans and the curious.

The apt title of their album, "In This Light And On This Evening", adds to the shimmering sparkle expected and often received from this intense band. The tour kicks off on March 6th in Lincoln at the Engine Shed and takes in a raft of venues in Glasgow, Newcastle, Manchester, London and ends on March 30th in Birmingham at the Academy. Fair play to Editors, they have picked less obvious bolt-holes such as Lincoln, Inverness and Folkstone to please their fan-base.

Date-for-your-diary-cum-organizer time: Tickets go on sale at 9am on Friday October 23rd and vary in price and will be confirmed on the day. Either way, they have to be worth the admission.