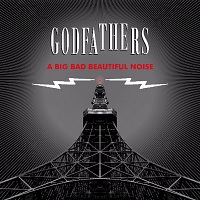 One of the most integral components of the live London gig scene from the 1980s is to play a celebratory 25 year anniversary in their home-town in 2010. The Godfathers play ULU on February 14th next year as a special chapter in their series of annual Valentine's Day Massacres.

If you are unfamiliar with this band then get acquainted - they were one of the best live bands I have ever seen. Two guitarists made them an incredibly loud yet tuneful outfit who recorded classics such as "Birth, School, Work, Death", "This Damn Nation" and "Love Is Dead" back in the mid to late 80's. Their sound has aged well and you can sample their wares for £12.50 -and to tempt you further, the band are busy finishing off new material for release next year so no doubt a few of these will be aired on the night.