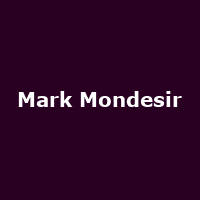 Following the success of Mali's golden couple, Amadou and Mariam, earlier this year, Camden venue, the Jazz Cafe, reintroduces the monthly event L'Afrik C'est Chic and for this new series of Afro-toned ear-candy, it has called onto none other than the exquisite Malian keyboardist Cheick Tidiane Seck to host. Choice well made as Cheick Tidiane Seck's credentials include collaborations with fellow 'World' musicians Mori Kante, Salif Keita and Oumou Sangare, as well as with US jazzsters Ornette Coleman and Dee Dee Bridgewater... Tastiness-wise, it doesn't stop there as Seck will be joined by drummer and bassist Marc and Michael Mondesir and Amadou Bayayoko of Amadou & Mariam (all by) himself on November 15th, as well as by Afrobeat legendary drummer Tony Allen and Greg Koffe Brown from the African band Osibisa on December 20th.

Now that's two unmissable opportunities to sun-drown your ears - despite the current and likely to last freezing season - which will only cost you Â£16.50 on both dates. Tickets are on sale now.