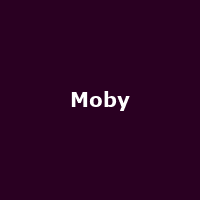 Dance and ambient music's very own self-named 'Little Idiot' has announced a repackage of his recent album, "Wait For Me", just 5 months after its initial release earlier this year. The 3 -disc Deluxe Edition (and download) is released on November 2nd and comprises the original album with 2 further bonus tracks added ('One Time We Lived' and 'Stay Down') on disc 1, an ambient version of the album on disc 2 and a DVD on disc 3 featuring live highlights from his 2009 tour, animated clips for each album track plus a few promo videos including one directed by David Lynch.

Allgigs gave it 3.5 stars back in June, proclaiming it a few tracks too long but a 'tranquil grower'. Now it has been extended far beyond its original size with a chill-out rework that will be interesting, not least because the original was pretty chill-out anyway.

In addition, Moby will play an exclusive London gig at the Palace Theatre on November 15th - tickets start at £22.50 and the gig will be 'Unplugged'. He also appears at the Ministry Of Sound on the 14th as part of the DJ line-up in 'Saturday Sessions'.