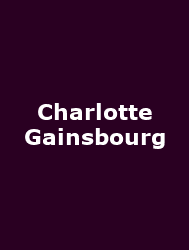 Miss Gainsbourg has announced her grand return to music for early next year, as she will be releasing her third studio album, IRM, on January 25th 2010.

Being an icon of cool has always served her well and the 'anti-christ' heroine has always known how to surround herself with the best of songwriters and producers for her music; so, while 'Charlotte Forever' (released in 1986, when she was just 15) was written and produced entirely by her much-missed genial dad, Serge Gainsbourg, '5:55' (released in 2006), boasted contributions by the likes of Air, Jarvis Cocker and Radiohead producer Nigel Godrich; and for her upcoming opus, Miss Gainsbourg has called onto none other than 90s/noughties prodigal wiz, Beck Hansen on production. As we speak the pair are putting the final touches to this promising collaborative work (which fate prevails will enjoy better reception than fellow actress-singer Scarlett Johannsson's recent endeavour with Pete Yorn earlier this year ). Listening to the title track IRM, we can rest assured it will and assess that Gainsbourg is the (almost) equally talented offspring of her parents. Hear for yourself as the single, is now available for free download on Gainsbourg's website (ww.charlottegainsbourg.com), soon to be followed by the second single, 'Heaven Can Wait', a duet with Beck, due out on October 19th.

We'll also keep you posted on Miss G's live dates as soon as.