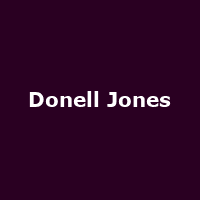 Musiq was last over in the UK this Spring - which seems to be his favourite time for touring the UK, being that his two prior UK tours (2008 and 2009) also took place at that time of year. Currently, there are just two dates: Manchester Academy on 13th February and the Bristol Academy on 16th February. Musiq Soulchild releases the latest single 'SoBeautiful' lifted from his 2008 album 'OnMyRadio' some time later this year and Donell is expected to release his as-yet-untitled fifth studio album late 2009/ early 2010.

Tickets for the tour are on sale now, costing £30 + booking fee, with meet-and-greet packages available for the Manchester date starting at £80 to meet one of the artists, rising to £120 to meet all three. As well as a chance to meet the star(s), you get a photo opportunity, and may bring your own materials (photos, CDs etc) to sign. Check the "Meet and Greet" button below for availability, or "Tickets" buttons further down for standard ticket availability.