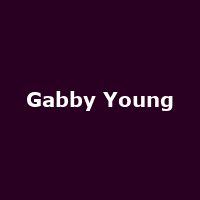 Gabby Young and Other Animals are due to release their brand new single 'We're All In This Together' later this month on 26th October, followed by the debut album on 2nd November. The launch party for the album will be held at London's Bush Hall on 22nd October.

The single has already received plays on Chris Hawkin's BBC6 show, and Steve Lamacq and Tom Robinson will also feature the single on their shows.

Hailing from rural Wiltshire, 25-year-old Gabby Young is a classically trained musician whose staggeringly rich vocal ability has the power to make you feel like you're swimming in velvet. Add a commanding stage presence, a sexy chanteuse ringmaster style that has magazines foaming at the mouth, and a sweetness that simply can't be faked, and you've got a female artist worth clearing room in your calendar for.

Gabby Young and her 8 piece band 'Other Animals' have been playing together for just over a year, garnering a strong, loyal and extremely diverse fanbase enjoying the music, ranging from the burlesque to indie rock, folk and jazz. They have, on invitation, played major festivals such as Glastonbury, The Secret Garden Party, the Marlborough Jazz Festival, and The Big Chill.

Dance, laugh, cry or simply get lost in the spider web of her stories, Gabby Young and the Animals New Orleans-esque big band dramatic sound will resonate in your mind long after the music stops.

The new video for Gabby's single is now available - http://www.youtube.com/watch?v=TxcV2lz9jTg