Whitechapel to join Trivium and Chimaira for March 2010 UK tour 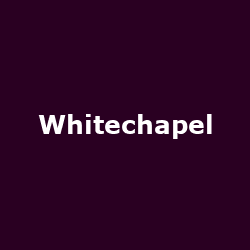 Whitechapel have just been added to the March 2010 UK 'Into The Mouth Of Hell We Tour' with Trivium and Chimaira.

Hailing from an area exactly 4,083 miles from its east London namesake, American deathcore band Whitechapel from Knoxville, Tennessee were last over in the UK for the annual GhostFest at Rio's in Leeds this June. This will be their first UK tour since their 'Altamont Never Say Die' tour with Parkway Drive and Unearth at the end of 2008.