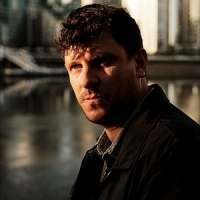 As reported last week, following a bout of laryngitis, contracted whilst touring in Australia, Jamie T had been forced to cancel the first six dates of his UK tour.

Now, following doctors advice, he has had to cancel the remaining UK/ European dates - the majority of which had already sold-out, which must be (excuse the pun) a real sickener to the rising star.

All dates are expected to be rescheduled, so hold-on to your tickets - or if you require a refund, contact your point of purchase.