Updated Jacobean Tale of Witchcraft Casts a Spell at The Courtyard, Autumn 2009 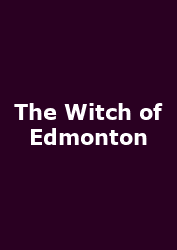 The Witch of Edmonton

Unfairly or otherwise, the London district of Edmonton has recently carried a reputation for being a bit salty and dangerous. However, back in the early 17th century, the local residents and dignitaries saw fit to accuse a local old woman of witchcraft and subsequently had her executed. Rough justice? Judge for yourselves with the brand new modern adaptation of the original biographical account of this story originally written in 1621 by William Rowley, Thomas Dekker and John Ford.

Creative and imaginative theatre company Periwig and Monkey have updated the tale of devil dogs, witchcraft and murder-most-horrid, by employing in-house production and historical guru, Natasha Dawn. Her previous adaptations include "A Yorkshire Tragedy" and "A Debt to Pleasure" and she is also a historical interpreter for many London museums so, factually, this play should be spot-on. The venue certainly is - The attractive Courtyard complex in Pitfield Street, London.

Tickets cost Â£10 for the special previews being performed on the 20th and 21st of October, otherwise they will cost a still-reasonable Â£15 (Â£12 concessions) for the remaining performances running from 22nd October until 15th November (there are no Monday performances).