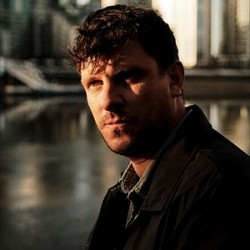 Wimbledon urban singer/ rapper sensation Jamie T has been forced to cancel the first six dates of his October 2009 UK tour (which started yesterday) due to a bout of laryngitis picked-up during his recent Australia tour.

An official statement on his myspace reads:

It is with regret that after seeking medical advice Jamie T is to cancel the first 6 shows of his upcoming Kings and Queens tour.
After suffering from a bout of laryngitis on his recent Australian tour - which culminated in Jamie having to postpone the last 2 shows - his voice has not sufficiently recovered for him to begin the tour at the Bristol O2 Academy on Oct 1st.
The shows will be rescheduled as soon as possible - those wishing to claim a refund can do so via their point of purchase.

Tickets for the remainder of his dates have already sold-out, with the exception of Sheffield and Leeds - where a there's still a few available, starting at £15 + booking fee.