Zico Chain release latest single 'These Birds Will Kill Us All', 12th Oct 2009, video out now 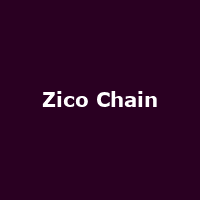 The power triumvirate that is Zico Chain return with an immense new single "These Birds Will Kill Us All", alongside new tracks; "Bile N Blood" and "Daycase"; all produced by Dave Eringa (Manic Street Preachers, Idlewild).

"These Birds Will Kill Us All" sees Chris Glithero, Paul Frost and Oli Middleton expanding their sound, going from the excellent post grunge of their debut album Food to an aggressive new take on hard rock. No pop punk or pretty pictures here, and now that everyone's stopped making noise and writing songs, Zico are one step ahead.

Zico Chain's debut album, 'Food', gathered a stack of acclaim with everything from a Radio 1 Record of the Week, and weeks at number 1 on the MTV2 Rock Chart with "Where Would You Rather Be", through the usual storming dates, main stage at Download; and tours with the great and good, from Ghost of a Thousand, Alkaline Trio, Deftones and Disturbed to G&R legends Slash and Duff.

Already the single has garnered rave reviews, including a 4 Â½ star review from our very own David Adair - check the review link in the sidebar.