Portishead's Barrow Boy Up Before the BEAK - New Album Announced 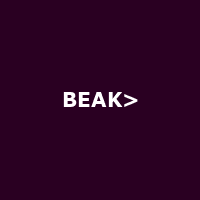 Geoff Barrow has announced the debut album release of his side-project and experimental free-form band, BEAK>. Snappily called "Recordings 05/01/09 to 17/01/09", it shows the more experimental side to Barrow's work and certainly shows how Portishead's sound has been shaped, especially for their most recent album, "Third". The work is a mixture of instrumental work-outs (of a progressive and free-form jam type) and minimal vocals made with analogue synths, drums and various guitars.

Tracks include "Iron Acton", "Backwell" and "Dundry Hill" and all tracks have been recorded in one take in one room with no overdubs and only the smallest amount of editing. Barrow has enlisted the talents of 2 local musicians, Billy Fuller and Matt Williams to realize his project and is using his own Invada label imprint (via Universal) to unleash the beast (or the BEAK) onto the public. It is released on the 19th October and you can witness a sample of the sessions below and also at their website at beak.bandcamp.com