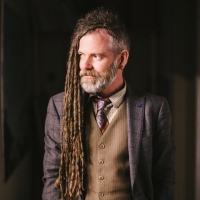 As the back catalogue of every major recording artist is seemingly being re-told as a 'smash hit musical', Duke Special is taking a more hands-on approach with his latest project. A reassuring distance apart from either Mamma Mia! or a Pete Townshend-style rock opera, Duke is currently appearing in and providing the live soundtrack for a translation of Bertolt Brecht's Mother Courage and Her Children at the National Theatre on London's South Bank.

Like contemporary Damon Gough, aka Badly Drawn Boy, the Duke Special sound is warm, atmospheric and vaguely cinematic, lending itself nicely to stage or screen. It should be no surprise that Duke has written both incidental music and full songs for the play. There are also occasional free post-show gigs (check the Duke Special blog at blogs.myspace.com/dukespecial for details).

Bertolt Brecht's Mother Courage and Her Children runs at the National Theatre until 8 December. Tickets cost Â£30 + booking fee and are on sale now.