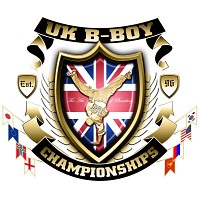 The best breakers from around the globe will be competing for the coveted title of Sony Ericsson World Champions here in the UK this October.

The best poppers, lockers, B-Girls and B-Boys will be showing their sickest moves and tricks at the Brixton Academy on Sunday 11th October in the World's #1 B-Boy competition. Hosted by the original and undisputed icon of B-Boy, 30 year veteran Crazy Legs, the World Final is the most prestigious and high calibre breaking event of the year.

The Champs brings together the best of the best from the qualifiers in US, Japan, Korea, Russia, Holland and Scandinavia. After a five-month search, staging seven international eliminations, the elite line up will now take part in the ultimate B-Boy battle. Joining them will be the UK's winning breakin' crew, Soul Mavericks, the eight-strong team hailing from London who will represent Great Britain in this year's team competition.

After wowing the crowds in the UK Final with their explosive freestyle interjected with slick choreographed routines and their secret weapon, B-Girl Roxy - the 'Mavericks' will be challenging the greatest crews from around the world for the title of Sony Ericsson World B-Boy Champions.

Over 10,000 people are set to descend into London to watch all the incredible action and contests during the two-day event.

For the first time this year, there will be a special B-Girl battle event on Saturday 10th October at Islington Academy, judged by Lady Jules, star of the movie 'B-Girl', due to be released on 12th October.

The action starts on Saturday 10th October with a knock-out jam at the O2 Academy in Islington starting at 1PM - the winners of which will go on to the main event at the Brixton Academy on Sunday 11th October for the World Finals, which start at 5PM.

Channel 4 has also re-commissioned the second series on the trials and tribulations of the world's greatest breakers, poppers & lockers in the lead-up to the Sony Ericsson UK B-Boy Championships World Finals.

The six-part series '2009 Sony Ericsson World B-Boy Series', will document the search to find the most talented break-dancers to compete at the World Finals. Plus, if you miss any action you can catch up on all the episodes with fresh updates on how each battle went down at www.bboychampionships.com

Tickets for the two events cost £15 for the Saturday knock-out jam and £18 for the World Finals on Sunday - available now.