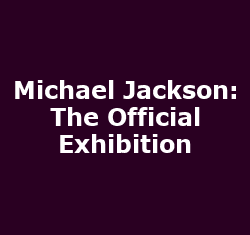 So, for a while there, we were all wondering just how on earth AEG were going to recoup all of that money after the death of Michael Jackson and those cancelled gigs.

And now comes the resounding answer: a whacking great exhibition at the O2 - the very venue where the late king of pop was due to make history with a string of fifty dates. Opening on Wednesday 28th October and running for just over three months, 'Michael Jackson: The Official Exhibition' provides an insight into the singer's life, featuring 250 items never before seen by the public, including an original Jackson 5 contract, awards, portraits, his personal Rolls Royce and his famous sequinned glove.

The exhibition, organised by Arts and Exhibitions International (Tutankhamun and Golden Age of the Pharaohs) is divided into galleries that reflect specific milestones in Michael's life, including: Motown, his solo career, dancing, costumes, his humanitarian efforts and a celebration of his life.

The bubble exhibition space inside the O2 has been chosen as the first venue for the exhibition - a further two venues will be announced at a later date. Doors open at 10AM, with last entry at 7PM.