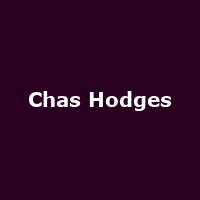 After thirty five years performing as Chas and Dave, the ever-popular cockney duo yesterday announced they are to split, following the death of bass player and singer Dave Peacock's wife this July.

Speaking of the split, pianist Chas Hodges spoke to BBC's Radio 5 Live (check the 'Chas - Radio 5 Live' link to the right), announcing that he will continue touring as "Chas and His Band" in his mate's absence, adding that he loves gigging and will "gig 'til [he] drops".

In their time together, the pair notched-up eight top 40 hits, including: Gertcha, Rabbit, Ossie's Dream, Stars Over 45, Ain't No Pleasing You, Tottenham Tottenham and Snooker Loopy and enjoyed a renaissance in recent years on the touring circuit, proving popular with audiences young-and-old.

The pair have left a touching dedication to Dave's late wife on their official website (www.chasndave.com), stating:

Sue was instrumental behind the scenes for Chas and Dave, working tirelessly on the side of the business that musicians just aren't good at. It's accurate to say that without Sue and Joan, there wouldn't have been Chas and Dave.

Chas and his band will fulfil the gig commitments of Chas and Dave, but it seems the annual "Xmas Beano" (due to take place on 10th December @ Camden's Electric Ballroom) has been cancelled. A pity, as last year's event sounded like a storm, featuring long-term fan Peter Doherty.