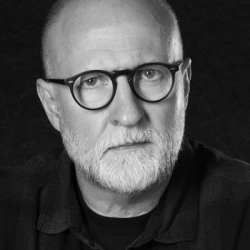 Bob Mould, front-man and key songwriter with the hardcore trio Husker Du plus an erstwhile solo artist in his own right, has announced a special date in London during December. It will take place at the Bloomsbury Ballrooms on the 7th following his ATP appearance at the Minehead-based festival on the 6th and pre-empts another date in Brighton (Concorde 2) on the 9th. This will be a more intimate gig and will cost £11.50 plus booking fee.

Mould has played some triumphant gigs in London over the past few years including Camden's Roundhouse last year and this will be another perfect platform to showcase his excellent "Life And Times" album released earlier this year - we gave it 4 stars so, trust me, it's going to be well worth going to. No doubt some classics from the Husker era will be wheeled out along with earlier solo material released on Virgin, Creation and his new label home Anti. If you need proof of the influence Husker Du and subsequent follow-up band, Sugar, have had on today's Metal and Rock tearaways, check out his SST-era Husker Du back-catalogue such as "New Day Rising" and "Zen Arcade" plus his 2009 opus - and then turn up to this.