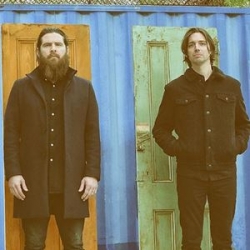 Atlanta's Manchester Orchestra have announced two headline shows, 30th October at The Duchess in York and 17th November at London's Heaven - their biggest UK show to date. They are to run alongside their confirmed Autumn dates as special guests across the UK to Biffy Clyro from 28th October - 16th November. These shows follow on from their recent triumphant headline tour & slots at Reading/Leeds & Latitude. As ever with Manchester Orchestra, expect to be blown away in the wake of their immense live show, recently dubbed by Kerrang! Magazine as "one of the best live shows you will see all year." Their second album Mean Everything To Nothing was released fully on Columbia Records earlier this month having received significant critical acclaim.