Pinewood Studios' 'Water on the Lens' exhibition set for The Movieum, Autumn 2009 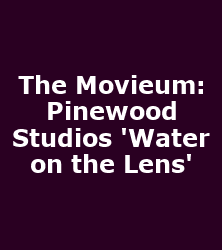 Water on the Lens

Opened in 2008, The Movieum of London is set on London's Southbank and has been used to host several exhibitions for the British Film Industry.

'Water on the Lens' is an exhibition showcasing exclusive underwater photograph collections, taken at one of the World's most prestigious media studios, Pinewood Studios. The photos were captured in an underwater stage and feature some the most breathtaking and iconic stills to date. Taken from film, television and music videos, the images feature famous film sets, such as Casino Royale, Dr. Who and Eastenders, as well as celebrity figures, including James Blunt, Keira Knightley and Matt Lucas.

'Water on the Len's will be hosted from the 30th September till the end of October this year. Tickets are on sale now, and cost Â£12 for adults, Â£10 for concessions and Â£8 for under 16's. Family deals are available in groups of four, two adults, two children, and will cost Â£9 each.